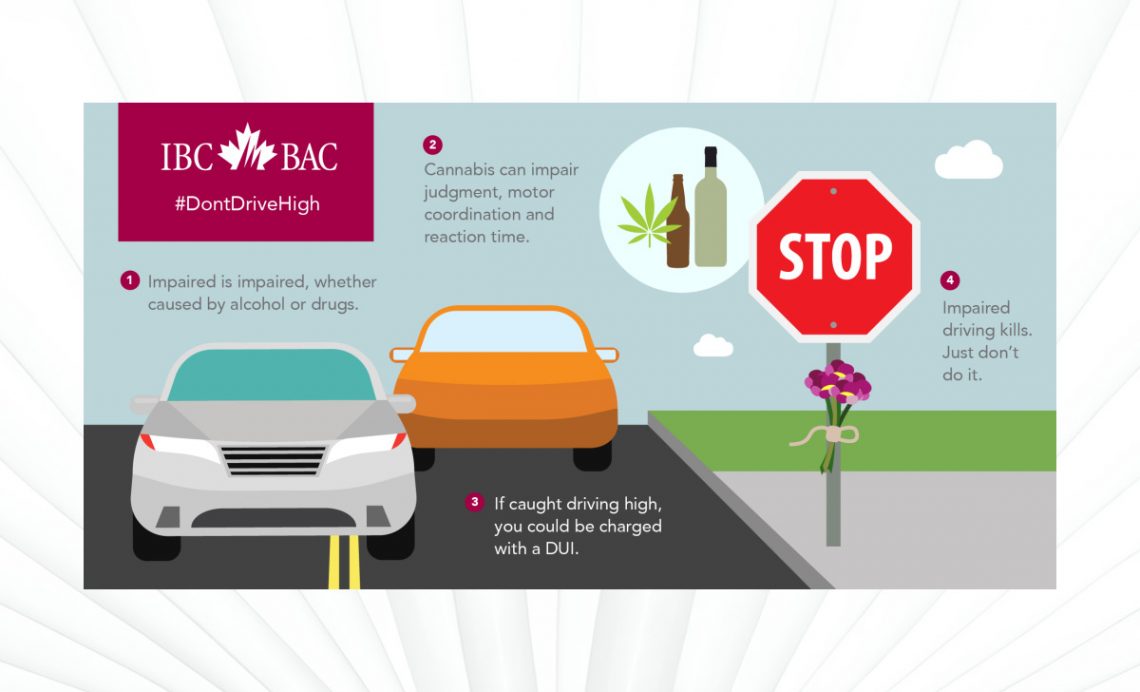 as of today, cannabis is now legalized in canada.  this recent shift in policy, has some canadians showing a strong concern for the number of cannabis impaired drivers that will now be sharing our roads.  drunk driving is something that we as a society have shown zero tolerance for, and have tests in place to monitor alcohol levels.   we should assume the same zero tolerance policy will be enforced  when it comes to drug use, although how it will be monitored is still somewhat of a grey area.

a recent poll conducted by the insurance bureau of canada found the following:

as responsible drivers, we need to continue to treat impaired driving as an inexcusable offence.  whether it’s alcohol or drugs, motor coordination and reaction times will be delayed when your judgement is impaired.